The past few weekends have been chock full of travel, field trips, and adventures; perhaps it's the rapidly approaching summer volunteer arrival date that has influenced us to cram in as many activities as possible. In the month of April we have collectively and separately gone on a retreat, traveled to Cuenca, climbed Illinizas Norte, been proposed to (okay fine, that was just Haley), got lost trying to exit the largest inhabited crater in South America and attended three community youth-focused day trips. Since Erik mentioned one of the teen outings in his guest blog last week, I'll stick to reporting on the kids' paseo and This past Saturday's hike up Ilalo with the teens.

The kids' paseo for April was to el parque la Carolina's dinosaur museum with about 15 kids in-tow. Since the museum itself is only open on weekends, when I went to investigate a few weeks ago I wasn't allowed to see the facilities. As it turns out, the museum is really more of a badly-staged Jurassic Park set; the presentation included a 25-minute tour moving from scene to scene, each featuring a different moving dinosaur or Mega-beast that scared the pants off of pretty much every kid we were with. Although it wasn't quite as educational as I had hoped, the kids enjoyed the theatrics and running around Quito's largest urban park. I think in the future I will search for venues outside of Quito, as transport sucks up most our time, and I really want to start embarking on nature hikes in the valley. 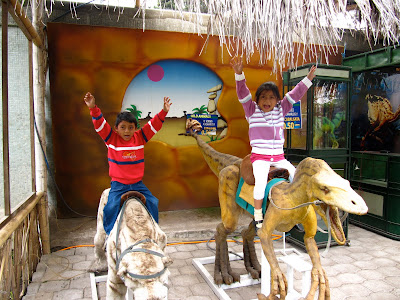 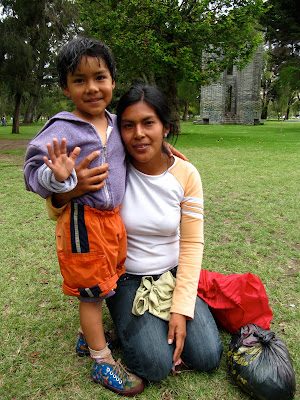 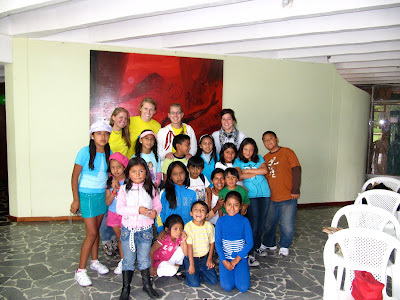 The whole group at the museum entrance

Sticking with the theme of the great outdoors, Mike organized a trip for this teens on Saturday to summit Ilalo, the hill/small mountain about thirty minutes from our house by bus. Mike, Sonia, Chet and I led Joseph, Carlos and Christian up the trail; by led, I mean they ran up most of it as Mike and Chet chased after them and Sonia and I stopped frequently to 'take in the scenery.' When we reached the top in record time, the boys scurried up a 30-foot tall cross and we all took in 360 degree views as far as the eye could see. 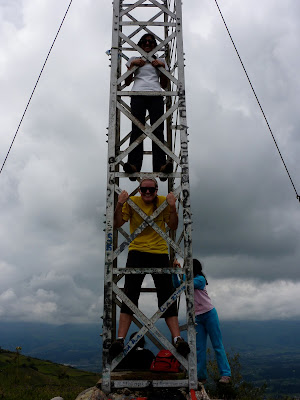 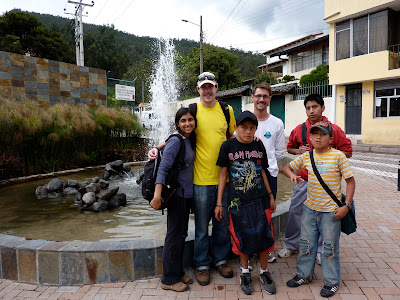 The climbing crew in front of a fountain post-hike

Stay tuned later this week for our quarterly update - a succinct summary of our programmatic happenings spanning January through mid-April - and Krysta wc Peterson's interview to be posted later this week! (if you didn't get that middle name reference, don't worry, you will after you see this interview)

until next time,
Jackie
Posted by Jackie at 6:22 PM

Look how handsome Iori's gotten!!! gunna be a heartbreakerrrr