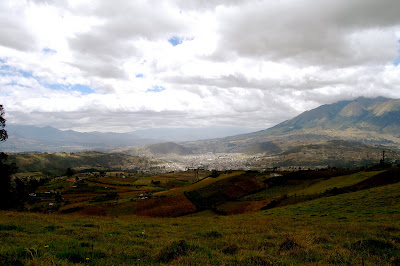 Yesterday we hugged goodbye two of our numbers, Dunc and Eliah. It should come as no surprise that the two cuarenta partners planned their Ecuadorian evacuation together; yes, they both claimed Graduate School as their individual reasons for leaving on the same day, but I'm not buying it. They just couldn't stand to be down here if the other was not :)

In anticipation of their departure, last weekend all eight of us oldies piled into a bus headed for Otavalo. I have to admit I was a little hesitant to go there; in our trusty Lonely Planet guide book Otavalo is written up as a "must see place for tourists of all kind, due to its enormous weekend market,". The last place I wanted to stay with my seven people was a touristy market town, surrounded by leather key chains and alpaca floor rugs and painted shot glasses...no thank you. So imagine my surprise when our camioneta drove out of the town, up the cobblestone street right into the mountains and just kept going. Up, up, up we drove, jostling around in the back of an old white truck, backpacks and knees and laughs jumbling around with us, until we came to La Luna, our hostel picked by Dunc.

It was perfect. Nestled into the side of a big old hill covered in golden grasses and swaying trees, the place had crisp white walls, fire places, colorful hammocks, homemade guacamole, and a ton of board games. But most importantly it had connecting rooms and one big dinner table for all of us to sit around and reminisce, eat, play and read.

Here's to our last hurrah together! It's been a great year, huh.
-Holly 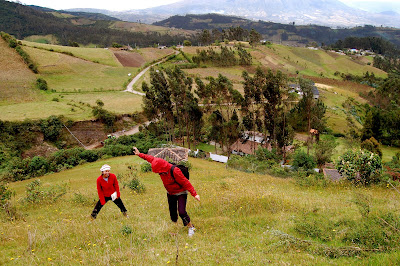 Serena and Jos goof around while running back down to the hostel. 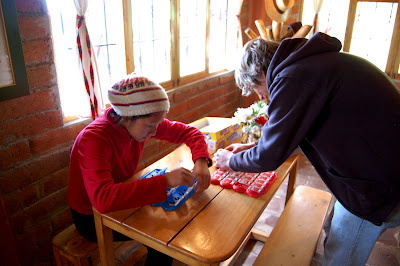 Serena and Eliah get ready for a serious game of Guess Who? 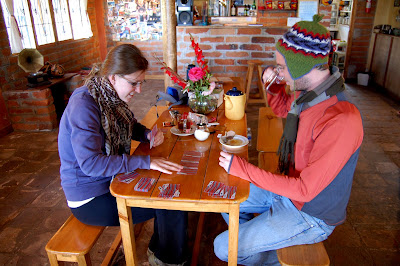 While Dana and Mark battle it out in Cuarenta. 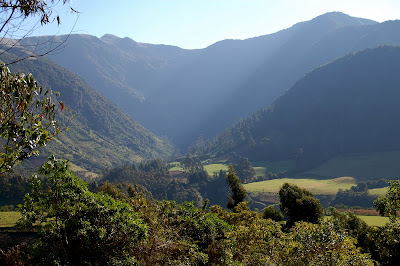 View on the way to the waterfall. 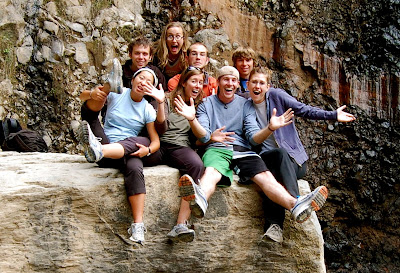 Love that self timer. 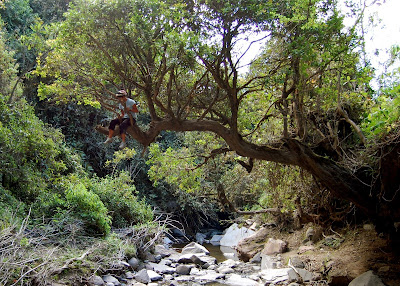 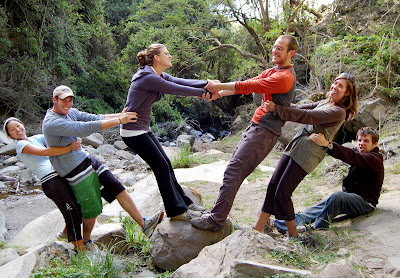 Recreating a Quito statue we pass every time we bus into the city. 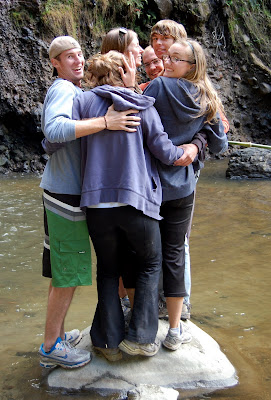 Trying to squeeze everyone onto a small rock. Why not. 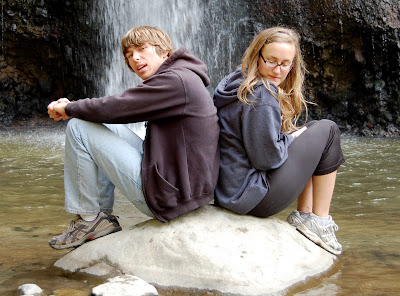 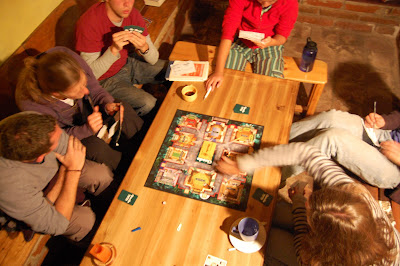 Rousing game of Clue next to the fireplace. 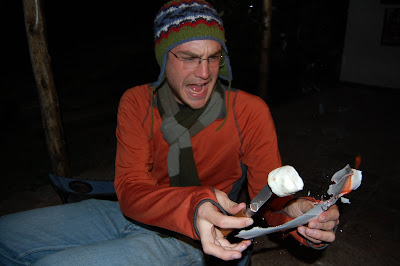 Mark tries to roast a marshmallow with a piece of burning paper...? 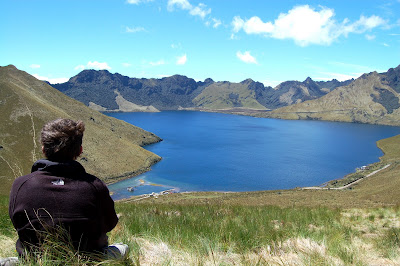 Dunc takes in the view on a Sunday hike. 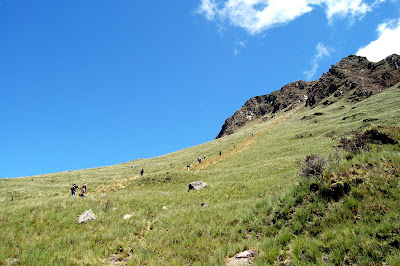 The steep trek up to the summit begins. 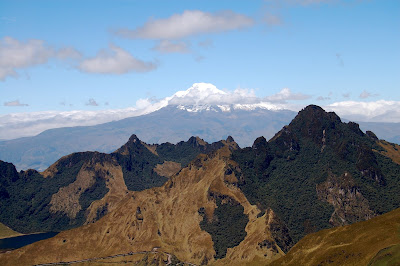 View of Cayambe from the top of Fuya Fuya (my first Ecuadorian summit!) 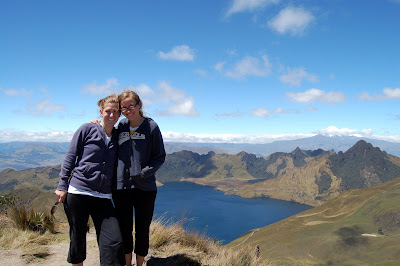 Danabean and I channel our Colorado mountains. 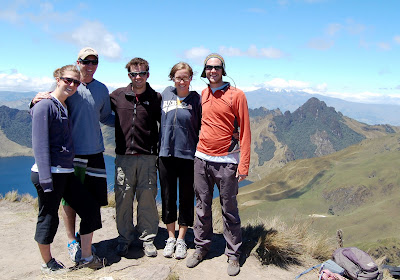 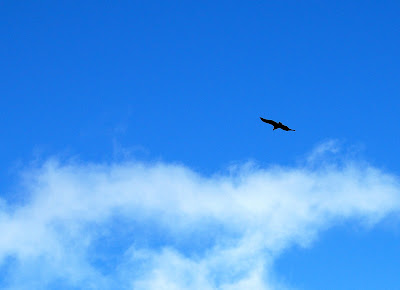 A condor sighting from the summit. Rare and wonderful, as it's estimated there are only 65 in the whole country.
Posted by Holland at 9:37 AM

Hard to believe you are so near the end. Glad you had a special farewell before some of you start to scatter.

Those pictures are awesome! I especially love the treból statue.