Now that we're all back and sunburned from our long-weekend excursions, it's time to introduce you to the second batch of summer volunteers! 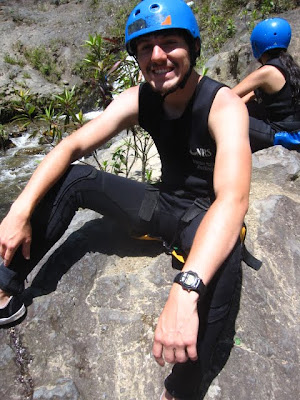 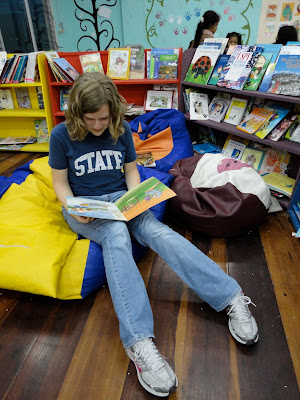 Lisa McCorkel comes from Penn State and grew up in Pennsylvania. She spent last summer with MPI in Nicaragua and will be with us for the full eight weeks of summer. She enjoys reading Spanish kids' books (see above) and will be working on teen center and San Juan English. According to Chet, she also has an abnormal tolerance for cold water, which she demonstrated this weekend in one of the pools of Baños. 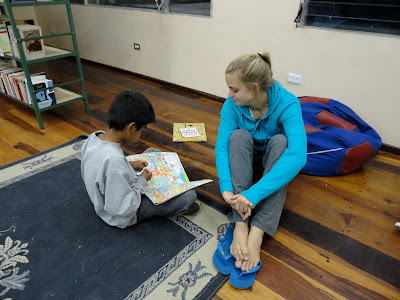 Stephanie Ceranec hails from just outside Chicago. She just graduated from Eastern Illinois University and will be attending graduate school at DePaul in the fall for counseling. She's been a fantastic person to reminisce about Illinois with, as she's from the town next to where I spent a good chunk of my childhood. She's involved in San Juan English, teen center, and organizing library programs like the literacy class. 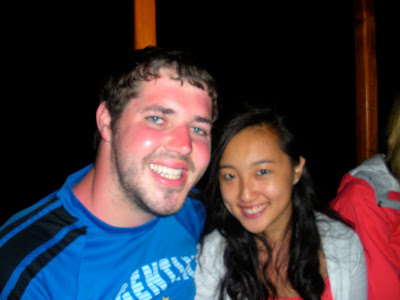 Ja Lee comes from North Carolina and is a pre-med student at UNC. She's been helping us with our Aliñambi nutrition class, women's exercise, preventative health and library programs. She is pretty brave on a number of levels: firstly for rappelling down 42-meter waterfalls and secondly for and wearing Chet's snuggie last night while lounging in the living room. 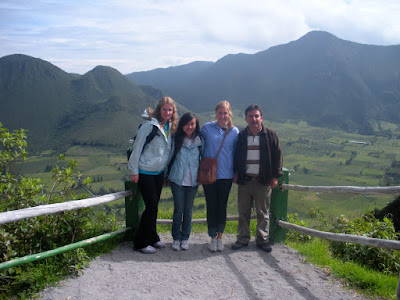 Allie Morris (second from the right above) is going to be a Senior at Vanderbilt University and is studying Latin American and Religious Studies. She's working on women's exercise, library, and adult English B. She studied abroad in Chile; her kickin' Spanish skills make her a great teacher and compañera in the library amongst the kids and teens and her contagious laugh can be heard throughout the house. 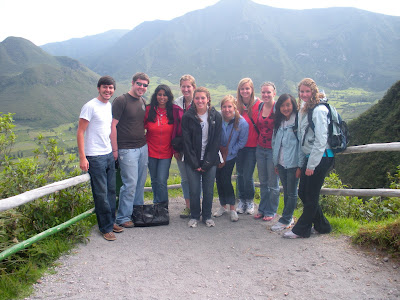 I've never seen Mitad del Mundo so green! Are you guys getting a lot of rain this year?