Thanks to back-to-back feriados on Monday and Tuesday, we had a four-day weekend last weekend (couple that with practically daily power outages and that would explain the extended blog absence). Eight of us chose to pack up and head for the coast for some much-needed R&R. (Erik had a rugby game in Quito, which they won!) The travelers hopped on a night bus from Quito to Canoa on Saturday night... and after some really great sleep in the really comfortable chairs (ha.), blaring Reggaeton music, the coldest air conditioning known to man (who knew they had AC in Ecuador?!), and a water taxi ride at 6am... we made it to Canoa. At 7:30am on Sunday.

Thankfully we had plenty of time to catch up on our lost sleep, as we spent the majority of our three days laying on the beach, napping in exquisitely-placed hammocks, eating lots of seafood, frequenting the Magnum ice cream bar shops (try 2-3 times per day...), and drinking as much ice cold Fanta as physically possible.

We headed back to Quito late Tuesday night and arrived home at about 7am on Wednesday... with plenty of time for naps and showers before opening the library and teaching English class that afternoon. :) Oh the joys of overnight buses... but definitely vale la pena. 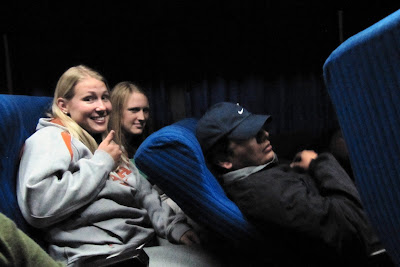 Krysta and Haley show off the comforts of the overnight bus 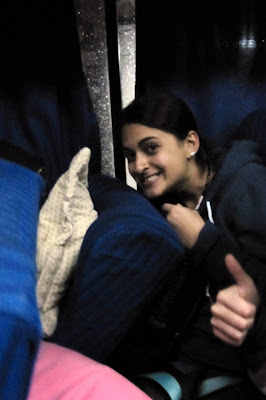 Shawn loves them, too! 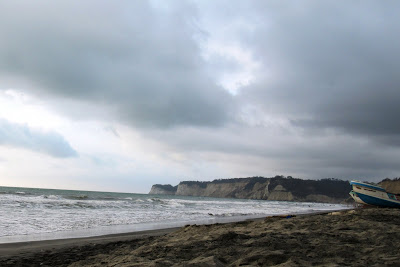 The beach in Canoa 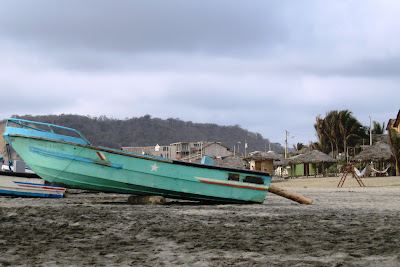 More of Canoa's beach... and some of the little tienda huts that line the main road 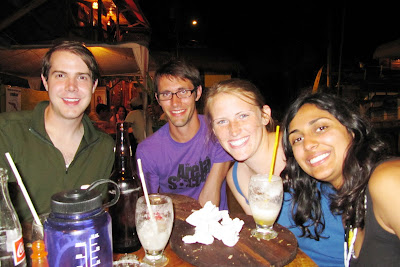 Dinnertime at a local pizza place 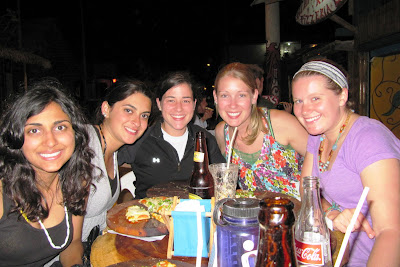 The other half of the table 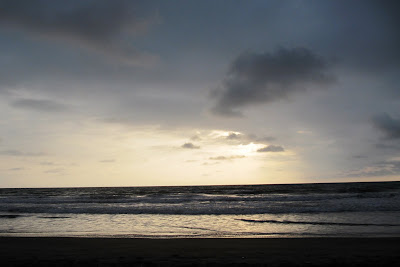 The beach at sunset 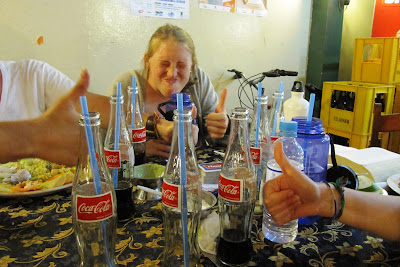 The girls grabbed dinner while waiting for their bus back to Quito... and consumed just a few Cokes along the way. (Did I mention there were no bathroom stops during the 7-hour trip? Painful.) 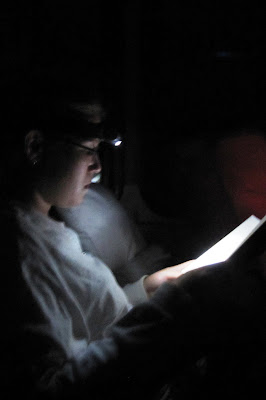 Krysta demonstrates the proper reading-on-the-overnight-bus strategy. We were THOSE gringos on the bus...

Thanks for checking in...
Sarah
Posted by Sarah at 8:56 PM