Last weekend all 9 PDs got out of Conocoto to celebrate the 4-day Carnaval weekend. Carnaval is a pretty big deal in Ecuador... especially to the kids who don't have school, and thus spend their time hitting innocent bystanders with water balloons, silly string, and espuma (essentially stinky spray foam in a can). Carnaval is related to Mardi Gras and is celebrated in the last 4 days leading up to Lent.
We spent our Carnavals spread throughout the country traveling, exploring, sleeping, tanning, playing rugby, and getting (semi) lost in the jungle. Here is a peek into the adventures of last weekend... 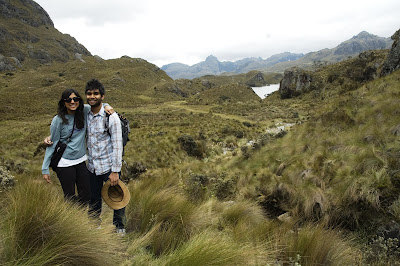 Sonia and her boyfriend, Ricky, spent their weekend in Cuenca - here they are hiking in Parque Nacional Cajas near Cuenca 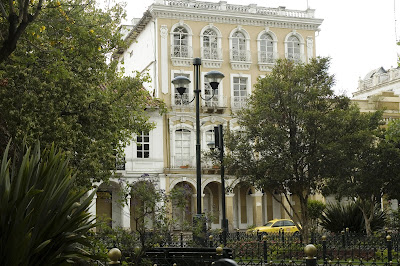 Cuenca is known for its colonial architecture and heavy European influence. Sonia and Ricky will remember it mostly for the people who threw water balloons at them from roofs, balconies, and the back of pick-up trucks. 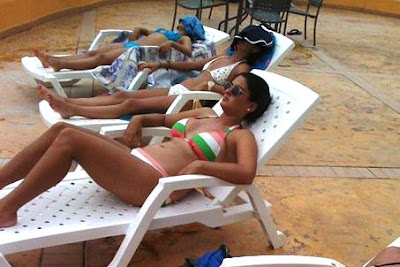 Shawn went to Casablanca, just outside of Esmeraldas with a crew of Ecuadorian friends - here they are maxing and relaxing in the sun 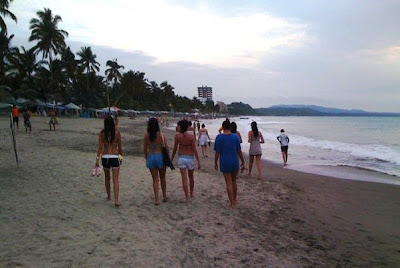 Shawn and friends walking along the beach in Casablanca 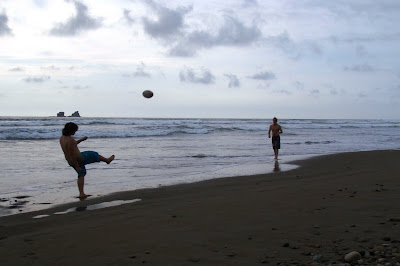 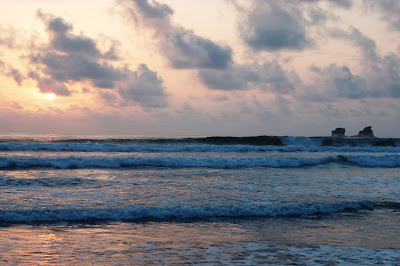 Erik's view of the sunset from the coast 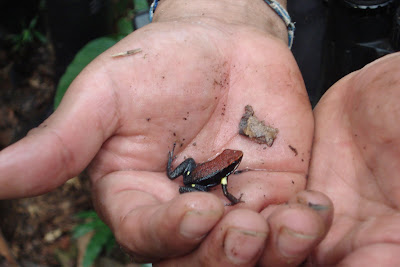 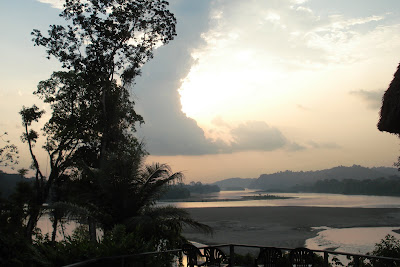 The sunset as seen from Chet's lodge on the Napo 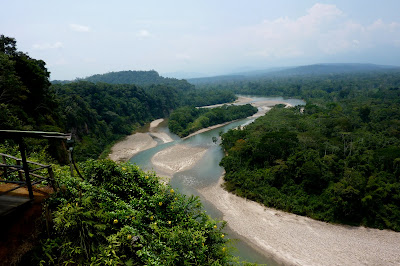 Mike spent the weekend in Tena, a town on the edge of the rain forest with his best friend, Kyle - here is a view from their lodge 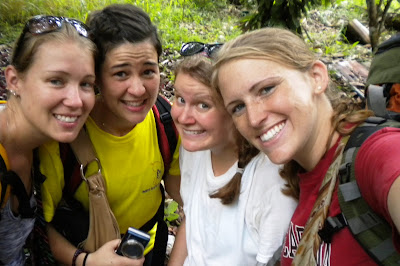 Krysta, Jackie, Haley and I also spent the weekend in Tena - here we are (slightly lost) in the forest in an attempt to find our jungle lodge 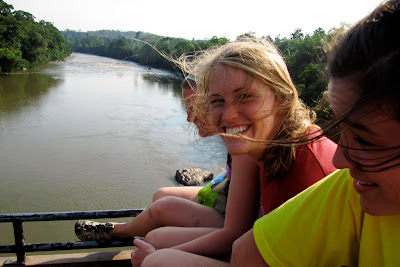 Our weekend highlights also include a particularly exciting camioneta ride over the Rio Napo...
Until next time,
Sarah
Posted by Sarah at 1:05 PM

sarah you looked worried about being lost in the rainforest. stick with haley she's never lost only misplaced. mmd