In an effort to provide our first group of summer volunteers with cultural experiences and a more complete picture of Ecuador, this past weekend several of our volunteers had the chance to witness a bullfight, a tradition that has been preserved, with some changes, from Ecuador’s days as a Spanish colony. 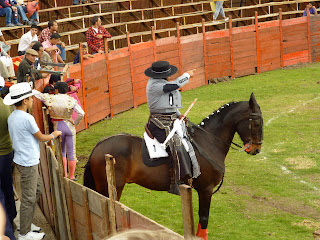 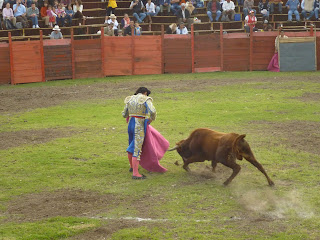 We were much happier to be watching than participating

The Andean region of Ecuador is in fact the home of some of the most highly sought-after bulls exported for bullfights in Spain and elsewhere.  However, the bullfight we witnessed took place in a humble location near our home in Sangolquí, and featured both locally raised bulls and bullfighters (matadores). 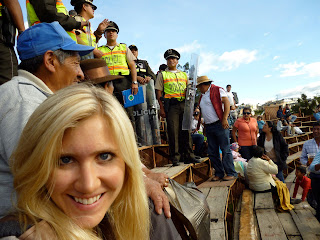 One of our vols, Joanna, taking in the scene.

Posted by Watkins Fulk-Gray at 3:22 PM